Fletcher’s Master of Divinity degree prepares students to serve at the highest level of vocational ministry. Students will leave the program with a wide variety of ministry skills, and having obtained one unit of Clinical Pastoral Education in addition to a Supervised Ministry (Practicum) component.

Master of Divinity courses at Fletcher Seminary are synchronous (in real time) and asynchronous (go at your own pace). This allows for maximum flexibility, and means you can obtain world class ministry training no matter where you live.

Master of Divinity course requirements include all required courses for the Master of Arts in Congregational Ministry, plus:

BIB 304 Bible in the Digital Age

Meet Your Master of Divinity Instructors 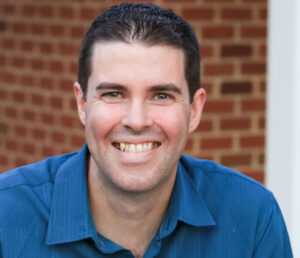 The Rev. Dr. Jonathan Davis serves as coach to non-profit and business leaders in North America. He is the Associate Vice President of Communications and Marketing for Fletcher Seminary in San Antonio Texas, and the founder of the Small-Town Churches Network (www.smalltownchurches.org), which is dedicated to sharing research, ideas and tools to help small-town churches.

He holds a Doctor of Ministry degree from Logsdon Seminary, where his research focused on equipping small-town churches for 21st century ministry and where he was the recipient of the Bratton Family Ministry Award. He also holds a Master of Divinity degree from Baptist Theological Seminary at Richmond and a B.S. in Communications from Howard Payne University.

Jonathan is passionate to help churches and non-profits across North America navigate the unprecedented changes brought on by postmodernity, and to train and equip faith leaders to find not only opportunity but Divine blessing in the midst of cultural and professional upheaval. 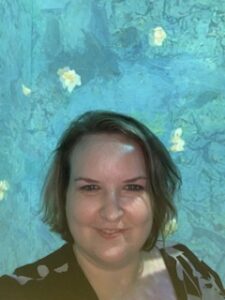 Sarah Neeley is a staff chaplain at CHRISTUS Trinity Mother Frances Hospital in Tyler, TX. She has also served in community ministries, children ministry, youth ministry, and hospice chaplaincy. Sarah earned her Ph.D. in Religion and Social Change, with a focus in Social Ethics, from the Iliff School of Theology and University of Denver.

Sarah has a BA in Religion from Baylor University and an M.Div. with a focus on Missions and Cross-Cultural Ministry from Logsdon Seminary, Hardin-Simmons University. She is an ordained minister and endorsed chaplain in the Cooperative Baptist Fellowship. 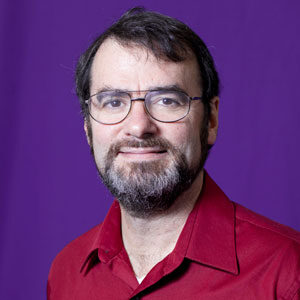 Dr. Stiver taught Systematic Theology and Christian Philosophy at Logsdon Seminary full time from 1998 to 2019. He received his Ph.D. from the Southern Baptist Theological Seminary, where he also taught Christian philosophy for 14 years.

His books include The Philosophy of Religious Language: Sign, Symbol, and Story (1996) Theology after Ricoeur: New Directions in Hermeneutical Theology (2001), Life Together in the Way of Jesus Christ: An Introduction to Christian Theology (2009), and Ricoeur and Theology (2012).

He is the co-series editor with Greg Johnson of the Series on the Thought of Paul Ricoeur. He has co-edited two books in that series, Paul Ricoeur and the Task of Political Philosophy (2014) and Ideology and Utopia in the Twenty-First Century: The Surplus of Meaning in Ricoeur’s Conception of the Dialectical Relationship of Ideology and Utopia (2021).

He has also served as president of the faculty at both Southern Baptist Seminary and Hardin-Simmons University. Dr. Stiver has served as pastor in Missouri and Indiana. He enjoys teaching Sunday School, as well as speaking for other churches and organizations. He has served as chair of the board for the non-profit organization Just People.

He enjoys playing basketball, playing the saxophone, reading, movies, the Sacramento Kings, New York Yankees, and Louisville Cardinals. Most of all, he enjoys his wife, Beth, daughter, Carrie, and two grandkids, Iylan and Canyon

This course is designed to introduce students to basic concepts of vocational ministry, including exploring ministerial identity and calling, how to think and write theologically at the graduate level, and understanding the program objectives of Fletcher’s model for theological education. Students will complete and discuss a personal assessment tool and consider how they may use their seminary experience to build on strength and shore up growth edges. Students will utilize peer discussion to process issues of vocational call, theological reflection, self-assessment, and beginning seminary education together.

This course will consider individual and corporate integrity in the ecclesial setting. Students will explore the biblical-theological expectations of character, behavior, leadership, and relationships. The course will equip students to develop their own professional codes of conduct for sustainable ministry.

Course Description: This course is designed to provide an introduction to the study of Christian theology, with the aim of engaging students in biblical-warranted, critical reflection upon Christian beliefs and practices in light of the traditional maxim of faith seeking understanding, for the purpose of faithful living. Students will be encouraged to develop the capacity to articulate and evaluate thoughtfully their own understandings of Christian doctrine and to relate their study in wise and
practical ways to the life and ministry of the contemporary church and world.

Fletcher Seminary believes in academic freedom, which means teaching people how to think and not what to think. Our Master of Divinity program equips students as lifelong learners, and provides a diverse array of classes taught by professors from different traditions. This diversity is a deeply embedded value and a strength, because the church is stronger when it works together.

Master of Divinity classes are offered online, so students can study from anywhere in the world. From day one, student in Fletcher’s Master of Arts in Christian Leadership and Master of Divinity degree programs receive practical hands-on training. This will help students develop the skills they need to be successful in ministry, no matter their calling. The Master of Divinity degree is the most well rounded of all ministry focused degrees, helping ensure general knowledge in a wide variety of subject applicable to vocational ministry.

For student who live in the San Antonio metro area, opportunities abound to learn in partnership with other area nonprofits and faith based organizations. All students who graduate from Fletcher Seminary’s graduate programs are a part of the Fletcher Network and qualify for one free year of coaching paid for by Fletcher Seminary.